With racial equity on America’s agenda, how inclusive were metro areas in the past decade?

Home » With racial equity on America’s agenda, how inclusive were metro areas in the past decade?

Two of 2020’s headline events—the onset of the COVID-19 pandemic and its highly uneven impacts by race as well as the movement for racial justice in the wake of George Floyd’s death—are spurring renewed interest in policies and practices that can advance racial equity. Indeed, on his first day in office, President Joe Biden signed an executive order establishing a new interagency focus on racial equity and support for underserved communities within his Domestic Policy Council.

While such federal leadership is sorely needed, many of the factors that ultimately shape access to economic opportunity by race emerge at the local level. The extent of residential and occupational segregation, access to transportation and child care, and prevailing labor market conditions differ considerably across our regional economies. As a consequence, progress toward racial economic inclusion has proceeded—and receded—at different rates around the country over the past decade. Examining those patterns can offer clues as to what matters for achieving more racially equitable outcomes.

Racial inclusion is one key dimension of local economic success charted in the latest edition of Metro Monitor, Brookings Metro’s annual survey of inclusive economic growth and prosperity in America’s metropolitan areas. To assess racial inclusion, the latest Metro Monitor measures the degree to which each of the nation’s 192 largest metro area economies (those with populations of at least 250,000) narrowed gaps in employment, earnings, and relative poverty between white workers and workers of color between 2009 and 2019.[1] That time period roughly coincides with the decade-long economic expansion following the Great Recession, and thus provides a useful view into which places capitalized on that expansion to extend opportunity by income, race, and place.

Metro areas made uneven progress across indicators of racial inclusion

The results for U.S. metro areas on indicators of economic inclusion by race in the 2010s portray a mixed picture, with solid progress on employment but lost ground on earnings.

Between 2009 and 2019, the disparity in employment rates between white workers and workers of color narrowed in the overwhelming majority of metro areas. Disparities fell in more than nine in 10 very large metro areas (those with populations exceeding 1 million), and eight in 10 midsized metro areas (those with populations between 250,000 and 500,000). On average, the gap in the racial employment rate shrank from 8 to 9 percentage points in 2009 to 4 to 5 percentage points in 2019.

Across very large metro areas, an already gaping $14,000 median earnings disparity by race in 2009 grew by another $800 over the decade. Earnings for workers of color increased in nearly every very large metro area, but earnings for white workers rose by a greater degree in most. Even in regions like the San Francisco Bay Area—where median earnings for workers of color rose by more than $12,000 from 2009 to 2019—disparities increased as the median white worker enjoyed a $19,000 earnings increase.

Although true economic equity by race remains elusive, some regions have gained reputations as better places for people of color to make economic headway. For instance, Atlanta and Washington, D.C. are often noted for the size of their Black middle classes, and some metro areas in Texas and other fast-growing parts of the Sun Belt represent important incubators and destinations for the Latino or Hispanic middle class.

While some of those places made notable progress on racial inclusion in the 2010s, not all did, and other metro areas not typically known for racial equity made important strides in that direction. Among very large metro areas, a number of slower-growing regions—headlined by Rochester, N.Y., Grand Rapids, Mich., and Milwaukee—achieved the most positive results on closing racial economic gaps. This did not make them the most racially equitable metro areas in 2019; in fact, the employment rate gap between white adults and adults of color in all three of those regions continued to exceed the national average. But rapid growth was clearly not a prerequisite for narrowing racial disparities. In fact, many of the very large metro areas that performed weakest on racial inclusion were fast-growing regions in Florida and the Southeast.

Racial inclusion results for large (those with populations between 500,000 and 1 million) and midsized metro areas followed different geographic patterns. Many of the large metro areas that posted the weakest performance on racial inclusion were in slow-growing places in the Northeast and Southeast, while Sun Belt places and those with larger Latino or Hispanic populations featured among the top performers (with the exception of top-ranking Scranton, Pa.). The strongest-performing midsized metro areas were largely in the Northeast and Midwest, with workers of color in many exhibiting solid rebounds from the economic distress they had suffered in 2009.[2]

Regional patterns on racial inclusion in the 2010s could reflect how different industries influenced outcomes for workers by race. To probe this, we examined the relationship between racial inclusion rankings for very large metro areas, and the share of metro jobs in major (two-digit NAICS) sectors.

One reason manufacturing hubs may have outperformed others on racial inclusion in the 2010s is that the beginning of the decade was so difficult. The Great Recession hit manufacturing centers—and particularly their communities of color—very hard. In Milwaukee in 2009, for instance, only 62% of working-age people of color were employed, compared to 77% of white adults; additionally, 36% of workers of color there earned less than half of the regional median, compared to 25% of white workers. While significant racial disparities continued to afflict Milwaukee and many other manufacturing regions by 2019, the decade-long expansion and accompanying recovery of the manufacturing sector helped their communities of color to rebound economically from the crisis of 2009.

Health care hubs overlap to a degree with manufacturing hubs, so their stronger performance on racial inclusion may in part reflect the dynamics of the latter industry. But non-manufacturing centers with a strong health care presence—such as Pittsburgh, Providence, R.I., and Tucson, Ariz.—also outranked many others. The progress of workers of color in these metro areas may reflect the availability of jobs at many different education and skill levels in the health care industry, as well as the presence of career ladders that allow workers to increase their earnings over time. In Pittsburgh, for instance, 15% of Black workers are in health care occupations, versus 11% of white workers. And while many of the region’s Black workers are in lower-paying health care support jobs, the sector undoubtedly contributed to a significant rise in the employment rate for Pittsburgh’s people of color—from 59% in 2009 to 66% in 2019.

Racial inclusion must be a recovery priority

The data from this year’s Metro Monitor captures an important economic period, reflecting metro areas’ progress—or lack thereof—toward inclusive growth and prosperity across a decade-long macroeconomic expansion. However, the onset of the COVID-19 pandemic’s economic crisis (and its highly unequal effects by race) means that the work to build a more racially equitable economy has gained new urgency.

The metrics, trends, and insights from Metro Monitor 2021 should inform the growing number of local efforts to shape an inclusive recovery. As we’ve written previously, such efforts should set goals to increase regional prosperity and racial equity; support business dynamism, talent development, and connected communities with cross-cutting commitment to racial inclusion; and convene diverse partnerships to drive that work forward.

[1] Combining Black, Latino or Hispanic, Asian American, Indigenous American, and other nonwhite populations into an omnibus “workers of color” category inevitably masks important differences in outcomes among these groups, who confront different economic opportunities and constraints. We do so in Metro Monitor in order to enable comparisons across metropolitan areas whose communities of color vary greatly in size and composition.

[2] Because of their smaller overall size and often smaller populations of color relative to larger metro areas, readers should view midsized metro areas’ racial inclusion values/rankings as suggestive rather than precise.

This article is reprinted here with permission. It was originally published on brookings.edu:

Andrew A. Felder is the publisher and editor-in-chief of the network. [email protected] The Far Right is Far Wrong The 2022 Texas GOP Platform On June 18th, in a giant step into an abyss, the Texas Republican Party officially adopted its new platform. Amongst...

Nestled into the side of a cliff in northern Italy is a breathtaking tribute to the lengths man will go to in order to contemplate life and religion in peace. Located near Lake Garda on Mount Baldo, the church seems to float in mid-air thanks to its location on a thin...

MERRICK (MAX) HAYASHI is a rising third-year law student at the Texas A&M School of Law and a Summer Associate at Kessler Collins, P.C., a law firm in Dallas. His primary areas of interest consist of healthcare, environmental, real estate, and intellectual...

The Insights of Sigmund Freud, the Father of Psychoanalysis

The Insights of Sigmund Freud Sigmund Freud (1856 -1939) was an Austrian neurologist and the founder of psychoanalysis, a clinical method for evaluating and treating pathologies in the psyche through dialogue between a patient and a psychoanalyst. He developed... 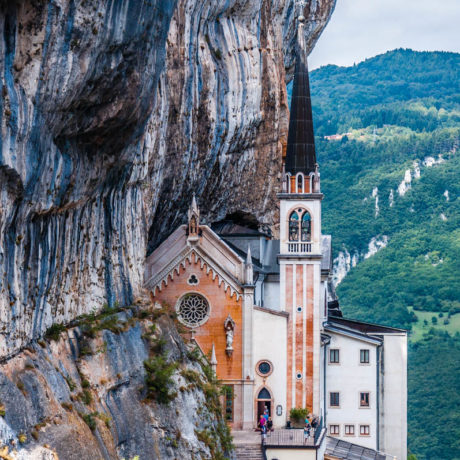 Nestled into the side of a cliff in northern Italy is a breathtaking tribute to the lengths man will go to in order to contemplate life and religion in peace. Located near Lake Garda on Mount Baldo, the church seems to float in mid-air thanks to its location on a thin... 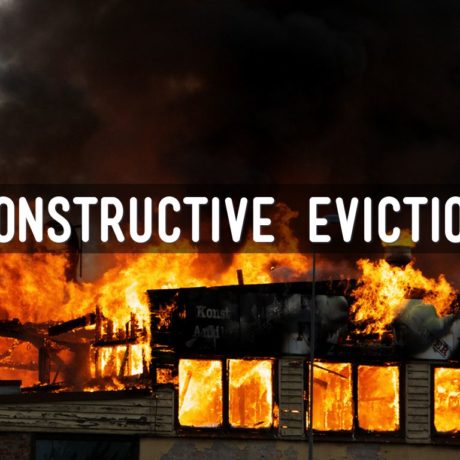 MERRICK (MAX) HAYASHI is a rising third-year law student at the Texas A&M School of Law and a Summer Associate at Kessler Collins, P.C., a law firm in Dallas. His primary areas of interest consist of healthcare, environmental, real estate, and intellectual... 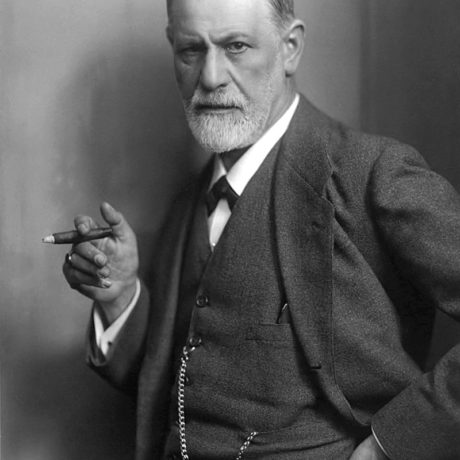 The Insights of Sigmund Freud, the Father of Psychoanalysis

The Insights of Sigmund Freud Sigmund Freud (1856 -1939) was an Austrian neurologist and the founder of psychoanalysis, a clinical method for evaluating and treating pathologies in the psyche through dialogue between a patient and a psychoanalyst. He developed...