I dialed a number and got the following recording:
“I am not available right now but thank you for caring enough to call. I am making some changes in my life. Please leave a message after the beep. If I don’t return your call, you are one of those changes.”

My wife and I had words… but I didn’t get to use mine.
Frustration is trying to find your glasses without your glasses.

The irony of life is that, by the time you’re old enough to know your way around, you’re not going anywhere.

Stranded on a Deserted Island

There was a cruise ship going through some rough waters that ended up sinking just off the coast of a small, deserted island. There were only 3 survivors—2 guys and a girl. They lived there for a couple of years doing what was natural for men and women.

After several years of casual sex all the time, the girl felt really bad about what she had been doing. She felt having sex with both guys was so bad that she killed herself. It was very tragic, but the two guys managed to get through it and after a while nature once more took its inevitable course.

Well, a couple more years passed, and the guys began to feel absolutely horrible about what they were doing. So,………………………. they buried her.

One day an employee sent an email to his boss requesting a salary increase.

In thi$ life, we all need $ome thing mo$t de$perately. I think you $hould be under$tanding of the need$ of u$ worker$ who have given $o much $upport including $weat and $ervice to the company.
I am $ure you will gue$$ what I mean and re$pond $oon

The next day, the employee received this email in reply:

I kNOw you have been working very hard. NOwadays, NOthing much has changed. You must have NOticed that our company is NOt doing NOticeably well as yet. NOw the newspaper are saying the world`s leading ecoNOmists are NOt sure if the United States may go into aNOther recession. After the NOvember presidential elections things may turn bad.
I have NOthing more to add NOw. You kNOw what I mean.

After Christmas break, a teacher asked her young students how they had spent their holidays. One small boy wrote the following:

“We always used to spend Christmas with Grandpa and Grandma. They used to live here in a big brick house. But Grandpa got retarded and they moved to Florida. Now they live in a place with a lot of other retarded people. They all live in little tin boxes. They ride on big three-wheeled tricycles and they all wear name tags because they don’t know who they are. They go to a big building called a ‘wrecked hall’, but if it was wrecked, they got it fixed because it’s alright now. They play games and do exercise there, but they don’t do them very good.

There is a swimming pool there. They go into it and just stand there with their hats on. I guess they don’t remember how to swim. As you go into their park, there’s a dollhouse with a man sitting in it. He watches all day so they can’t get out without him seeing them. When they can sneak out, they go to the beach and pick up shells.

My Grandma used to bake cookies and stuff, but I guess she forgot how. Nobody cooks. They just eat out. They eat the same thing every night called “early birds”. Some of the people are so retarded they don’t know how to cook at all, so my Grandma and Grandpa bring food into the wrecked hall and they call it “pot luck”.

My Grandma, says Grandpa worked all his life and earned his retardment I wish they’d move back up here, but I guess the little man in the doll house won’t let them out.”

IN PRISON…You spend the majority of your time in an 8×10 cell.

AT WORK…You spend most of your time in a 6×8 cubicle.

IN PRISON…You get three meals a day.

AT WORK…You only get a break for 1 meal and you have to pay for it.

IN PRISON…You get time off for good behavior.

AT WORK…You get rewarded for good behavior with more work.

IN PRISON…A guard locks and unlocks all the doors for you.

AT WORK…You must carry around a security card and unlock and open all the doors yourself.

IN PRISON…You can watch TV and play games.

AT WORK…You get fired for watching TV and playing games.

IN PRISON…You get your own toilet.

IN PRISON…They allow your family and friends to visit.

AT WORK…You cannot even speak to your family and friends.

IN PRISON…All expenses are paid by taxpayers with no work required.

AT WORK…You get to pay all the expenses to go to work and then they deduct taxes from your salary to pay for prisoners.

IN PRISON…You spend most of your life looking through bars from the inside wanting to get out.

AT WORK…You spend most of your time wanting to get out and go inside bars.

IN PRISON…You deal with sadistic wardens.

AT WORK…They are called supervisors.

A Collection of Helpful and Interesting Information

You Need (or might want) to Know Time Zone Bridge Have you ever thought about how strange our time zones are? When you’re traveling long distances, changing time zones can really get confusing. Idaho is one of about a dozen states that has multiple time zones. The... 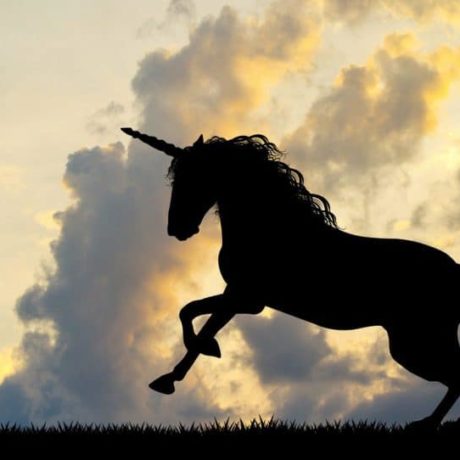 The Best Cities in the US for Renters New research conducted by Living Cozy looked at the average rent for a two-bedroom property the average wage, the cost of living rating, the amount of green space and parks and rent control legislation. The study combined it into...